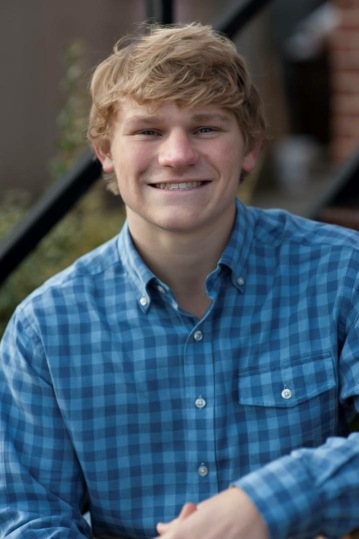 Good-natured, charismatic, and amiable are three words that come to mind when trying to describe Jake Labus.  He’s a 19-year old college freshman with friendly smile and a winning disposition.

What makes Jake incredibly special is that he is so darn gracious.  A faithful young man who has long served his church and community in a variety of impressive ways, Jake takes the time to smile and greet everyone in the room and he has a wide ranging friend group as a result.  Several of his peers called him “the most likeable guy I know” when I asked them to describe him.  When you are an incredibly bright college athlete like Jake is now for the DePauw University football team, or a popular standout in multiple sports in high school who also sings like an angel, it would be easy to fall into the “I’m kinda a big deal” trap.  Luckily for him, the good Lord gave him two older brothers and a younger sister who all have certainly helped… to keep him humble?

One day a year or so ago after mass, I ran into Jake’s pretty terrific mom, Deedy and his sister, Olivia, at a breakfast spot near church.  We sat down next to them as they were nibbling on a little something and chatted for a moment before a text came in to Deedy from her son Jake.  He wondered where they were, as they should have been home from church by then.  You see, Jake was at home and had a surprise breakfast waiting for them upon their return.  I’m pretty sure the Labus ladies had two breakfasts that day, and I know my own similarly aged kiddos couldn’t believe it.

That’s just Jake.  He’s sunshine wherever he goes.  This summer I hear he’s thinking about using those vast talents at St. Meinrad to be a retreat leader at the southern Indiana Seminary.  I can’t imagine he didn’t nail that interview.

There is much more that I could share about this fine young man, but I’ll just say one more thing.  This likable and grace-filled kid is the face of Jesus to all in his path. Truth.

Thanks, Jake, for sharing your sunshine with the Thieme family.  You make us all want to smile at the world just a little more generously!